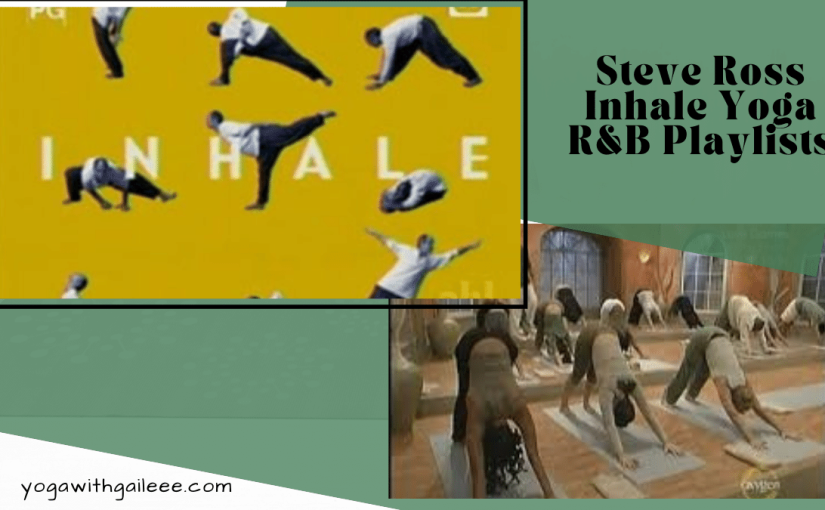 Wow, it has been 20 years now, since I’ve been re-introduced to yoga. Through my friend Tammy, who said, “Go check out this guy, Steve Ross on the Oxygen channel.  He has some really interesting yoga class with some great music.”  I did, and wow, super loved his class content, humor, music and sweet meditation at the end.  Back in the day, I videotaped his show on my little VHS tapes, as it was on at 5 am, sometimes 6 am in the morning!

I started to write down the music he used, and started buying my music from itunes, and putting them into playlists.  So soon after that, I became a yoga teacher, and I’d haul out a couple of times a year my Steve Ross Inhale Playlist.

My Original message on this…”
Looks like Inhale Yoga has been temporarily taken off the Oxygen channel.  Last time this happened, it took a year and a half for Oxygen to get all the music rights to get the program back on Oxygen.  And when that happened, it seemed to be that not all the Inhale Yoga programs came back on….only about two-thirds of the originals came back.  It is my understanding that there were 33 programs done back in 2000/2001/2002.

So I had been introduced to Steve Ross, of the Inhale Oxygen show back in the early 2000 by one of my friends.  I was thinking, oh, this is hard (for me)!  I really liked the music, and wanted to make my own music list from the music off of the show.  At one point in time, the song titles and artist’s names were listed at the bottom of the screen during the Inhale Show.  I taped the shows a lot at that time, and created my list of music from the show.

Steve Ross played guitar for Fleetwood Mac back in the day, and also for the Australian band, “Men at Work”.  Lots of good guitar licks in this music playlist.  If you know of others to add to this list, please post a comment!